This album captures part of the singular contribution of composer Mario Davidovsky (1934–2019) – his twelve “Synchronisms”, scored for instruments and electronic sounds and composed between 1962 and 2006. Musicians are drawn to this music due to its amazing detail, intimacy, warmth, intensity, humor and, ultimately, elegance. For those of us privileged to have known Mario, this sense is amplified by our experience of his generosity, intellect and humanity. Davidovsky’s music is personal and idiosyncratic, but it is also accessible and compelling. His work deserves to be more widely known. 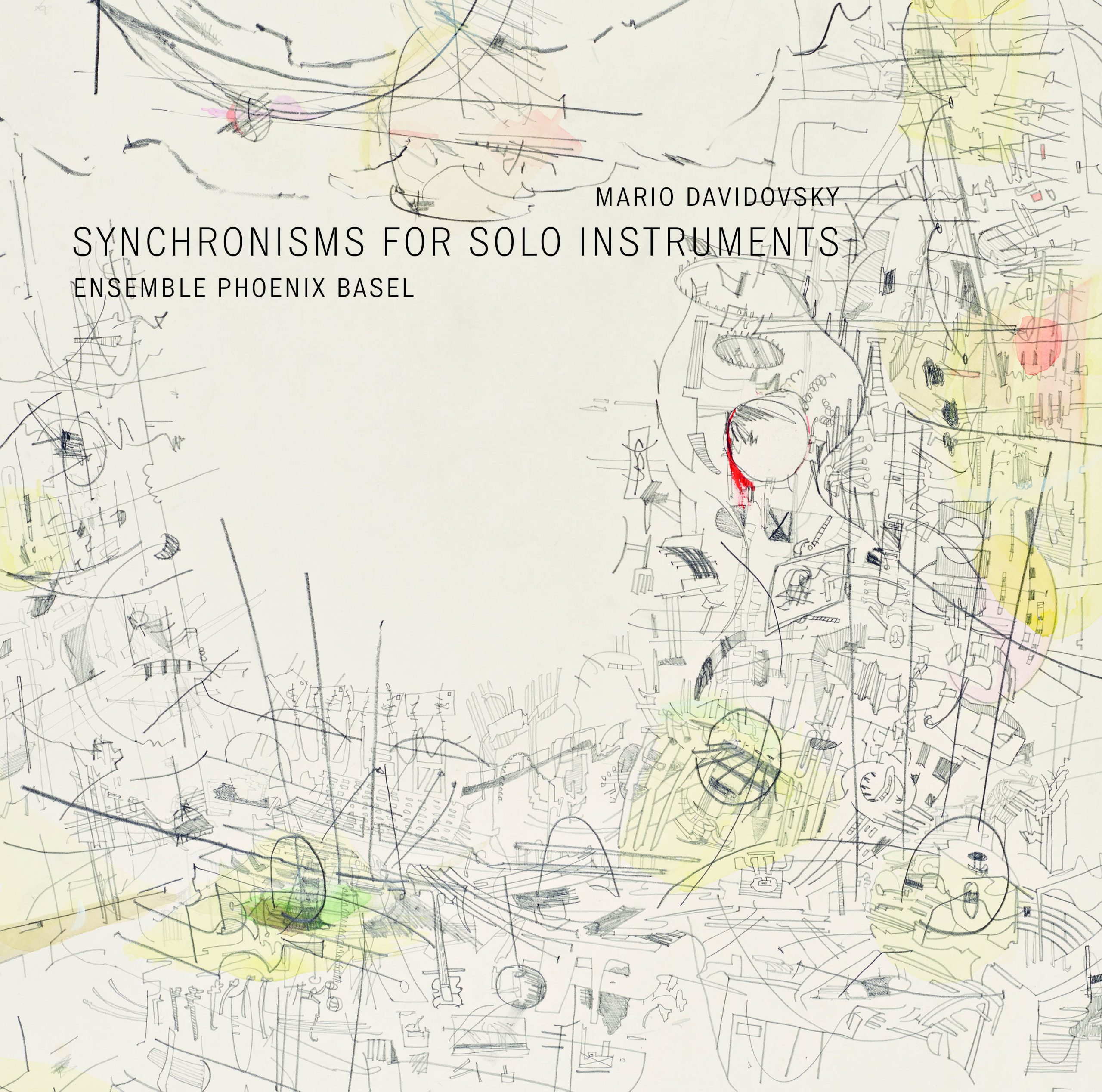 Notes by Phill Niblock (*1933) for the “Exploratory” Versions releases:

In the spring of 2019, the Ensemble Phoenix Basel, Switzerland, commissioned a piece of music from me, a scored piece for a mixed instrumental ensemble. I made a piece/score, with a lot of help from Guy De Bievre, of Belgium. There are 20 parts in the score, not specific to individual instruments. In June, I went to Basel (from Venice, where I was in a residency) to rehearse and to have performances, two in Basel and one in Geneva, at Cave 12. There were 11 musicians with a variety of instruments, listed elsewhere.

I titled the piece – Exploratory, Rhine Version, Looking for Daniel

The Rhine River winds through Basel, and Daniel Buess, the percussionist and co-organizer of the Phoenix, along with Christoph Bosch, had recently died, and he was greatly missed by the Phoenix members, and by me, knowing him from previous visits to the ensemble.

In the middle of the rehearsals, both Christoph and I thought the piece should be longer, so we increased the length from 22 minutes to 32 minutes, easy to do, since each bar of the piece, each note, in fact, was one minute long. So the last 7 minutes was made to be two minutes.

What makes us, an ensemble for contemporary music, play Phill’s music for now nearly two decades? What is the fascination for us? There would be a lot to mention, what everybody would confirm, who ever came close to or “into” Phill’s music: density, sound as a deep, intense body experience and mental challenge, architectonic soundscapes with internally and externally elaborated structures and “finesse”, resonance in all its possible meanings – yes! All of that, but so much more: there is also this modest and quiet man, with whom we’ve shared precious moments and experiences we wouldn’t want to miss.

While rehearsing “Exploratory, Rhine Version” I suddenly got the feeling, that the last bit of the piece should be extended for some minutes and asked Phill about it. No answer, but an inner smile.

Two days later – with a bottle wine on the table – off context his answer: “It’s too short!”

“Exploratory, Rhine Version” was written in the memory of Daniel Buess, former percussionist and co-founder of Ensemble Phoenix Basel, who has passed away far too early in a tragic way. 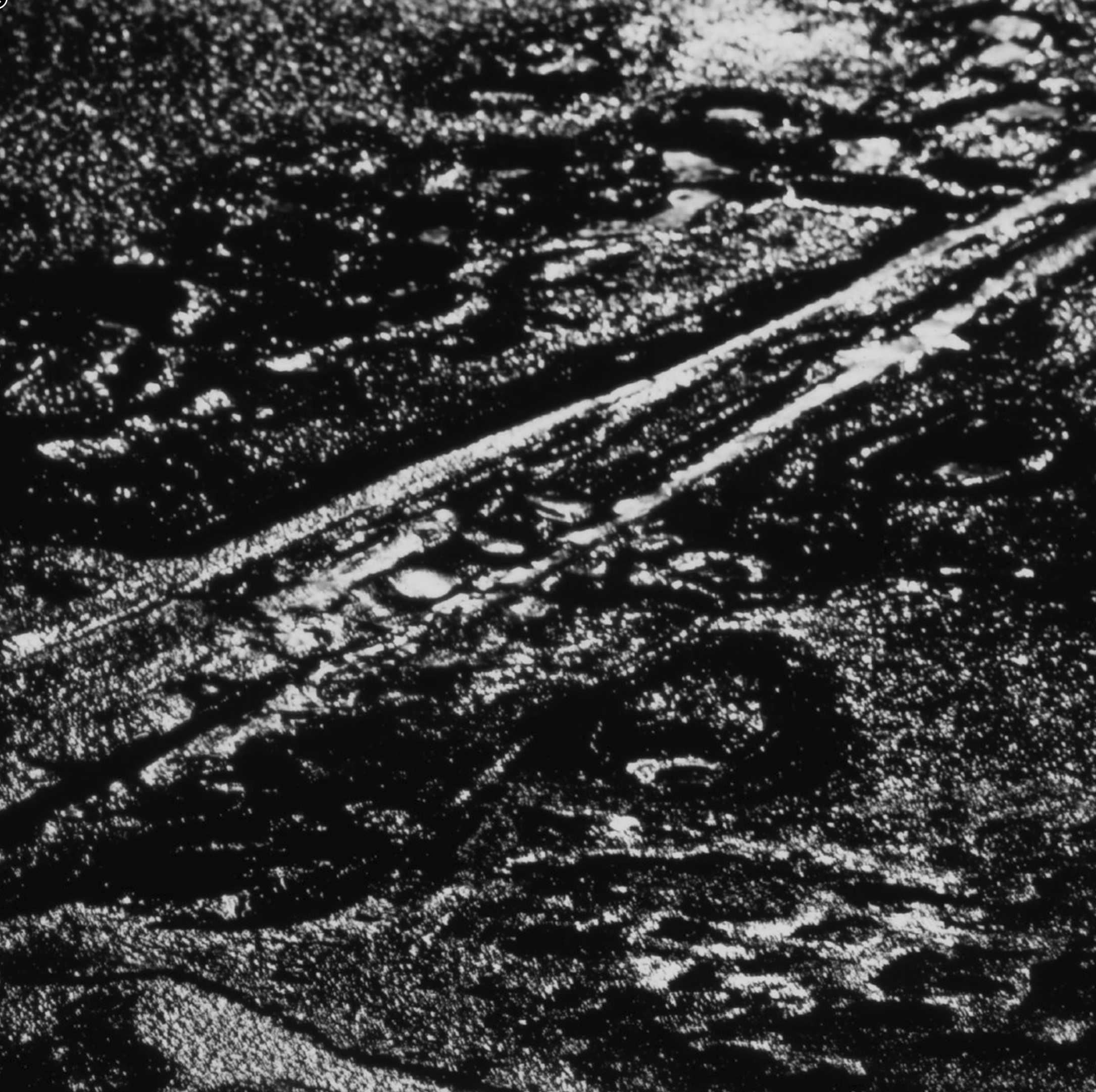 With this release the two founding members Christoph Bösch (flutes) and Jürg Henneberger (piano and Farfisa organ) focus on three masterpieces for their instrumentation.

The (still) far too rarely played “Paraphrase” by Swiss composer Jürg Wyttenbach is juxtaposed with Pierre Boulez’s “Sonatine”, the standard work of the 20th century for this instrumentation. Beat Furrer’s “Presto” is heard as a frenzied finale. 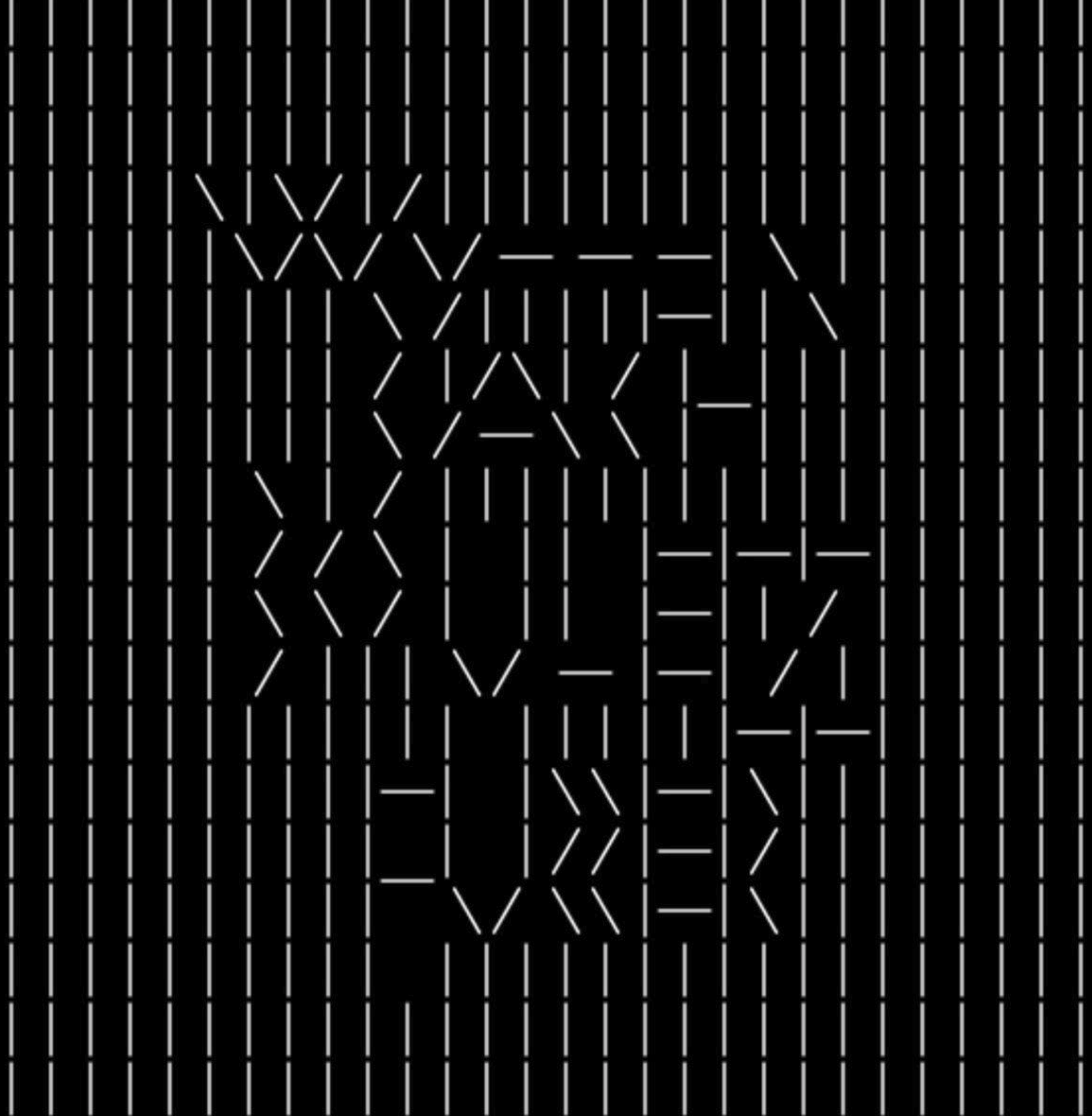 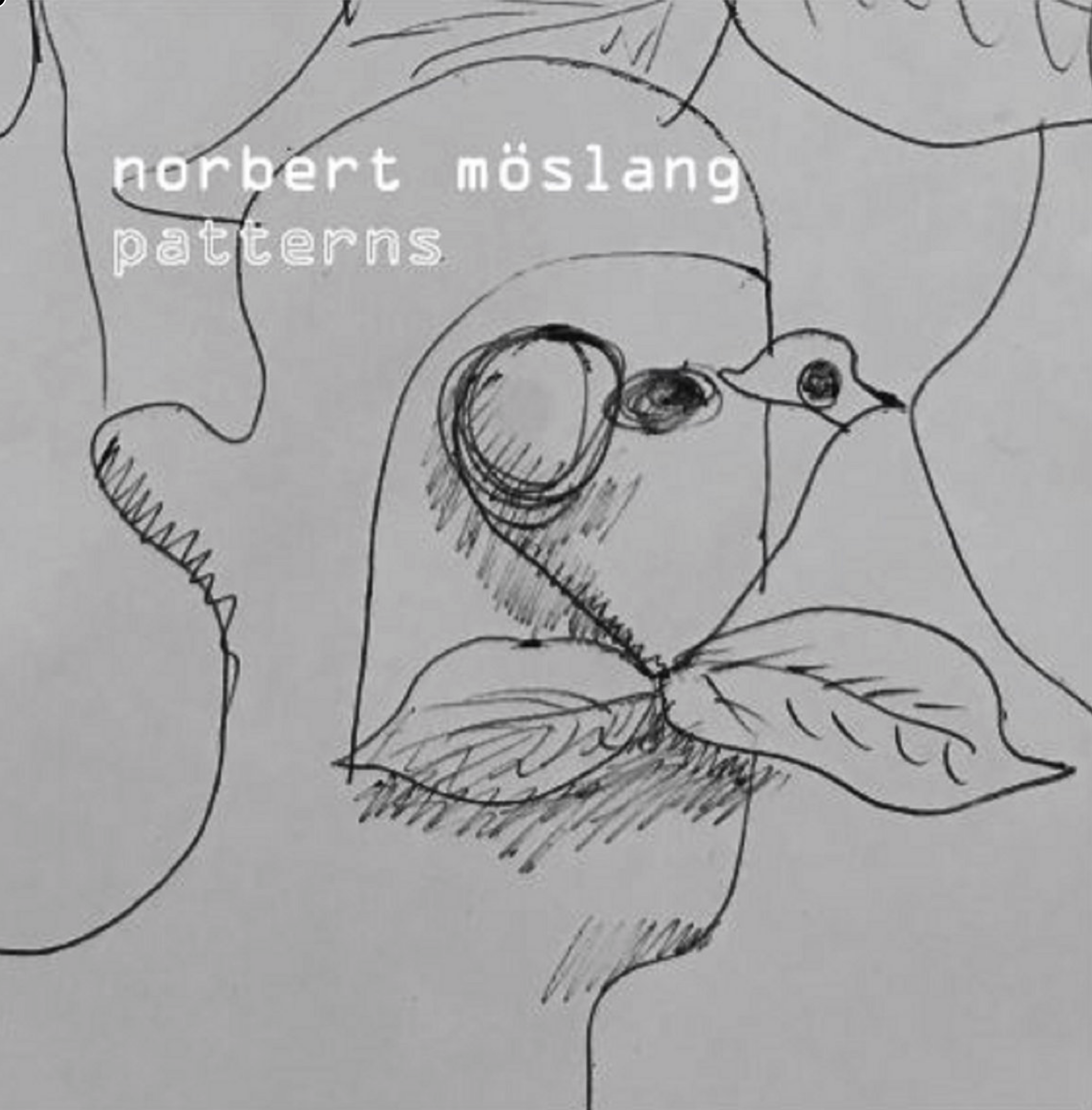 A note on the piece by ILIOS:

Back in 2014, Swiss percussionist and friend, Daniel Buess co-founder of Ensemble Phoenix Basel invited me to compose a piece for the ensemble, to premiere in June 2016. Due to his active involvement in sound art and non-academic/classical musics, Daniel Buess had exercised for the few past years as the ensemble’s main link with the contemporary sound art, experimental music and noise scenes reaching out to fellow sound artists each year commissioning works that were aimed in expanding the unique nature of Ensemble Phoenix Basel as an open minded group of musicians with genuine interest in innovation. This was my first piece commissioned by such an ensemble and some general sketches and ideas were drawn, aiming to bring my own researches on the physicality of sound to a more structured frame consisting of classical instruments, in order to match them with the ensemble’s instruments’ possibilities and frequency range limitations.

With a few months till completion, the whole project was suddenly muted due to the tragic circumstances and eventual loss of Daniel.
In the peak of uncertainty and grief, the members of the ensemble and I, decided to go on with the piece; the composition itself gradually shifted direction evolving to an homage to the charismatic musician and beloved friend whose spirit was suspending among us.
Dedicated to his memory, the piece “El anillo invisible que sujeta el mundo de la forma al mundo de la idea” was performed in total darkness for three consecutive nights in Basel (HeK) and Geneva (Cave12).

This is the live recording of the Geneva performance. 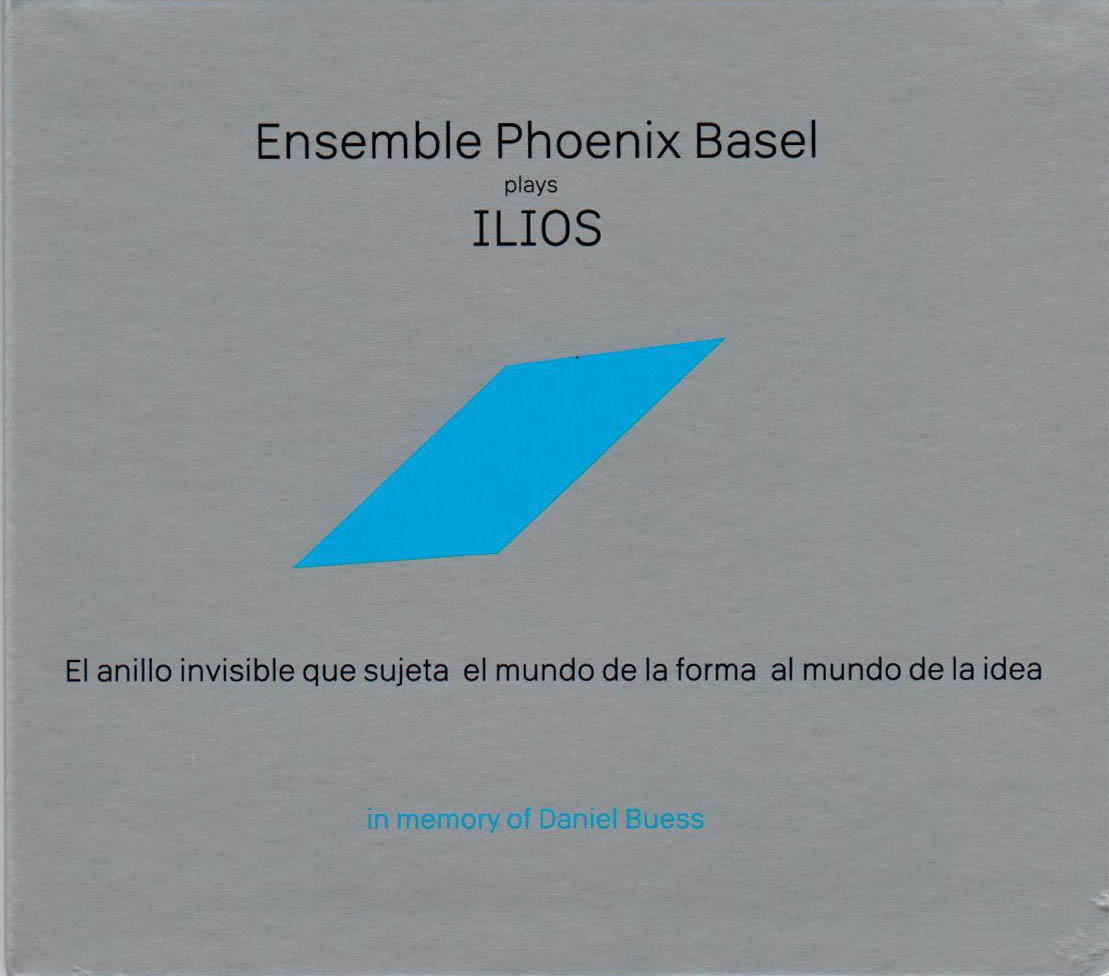 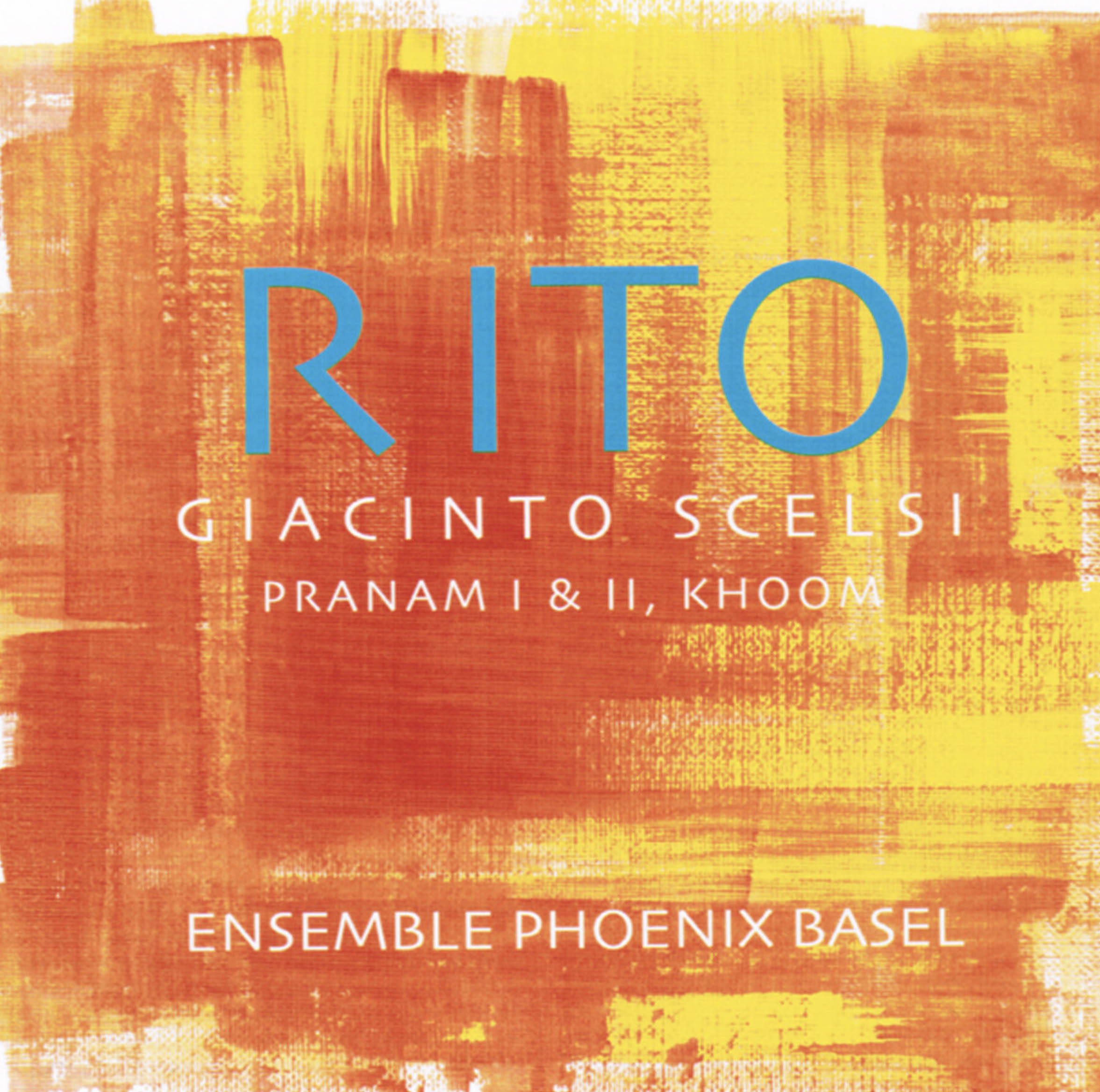 In June 2012, Ensemble Phoenix Basel commissioned me to create a work for them to play.
It was the first time in my life I had received such a request. After several months of reflection, I accepted and began working on a way of communicating a music with other musicians.
Not knowing classical notation, I decided to do what I do know: that being, working with recording and loops, and thereafter, ask the musicians to play by ear.
After a first session, having their interpretations in mind, I could reorganise it all taking into account the physical limits of each instrument.
I am very happy with this experience and warmly thank everyone in the Ensemble Phoenix Basel for having made this possible.
The title, “Les voix de l’invisible” (The voices of the invisible) is inspired by Pascal Quignard’s book, “La haine de la musique” (The hate of music).
Jérôme Noetinger (translated by Liz Racz) 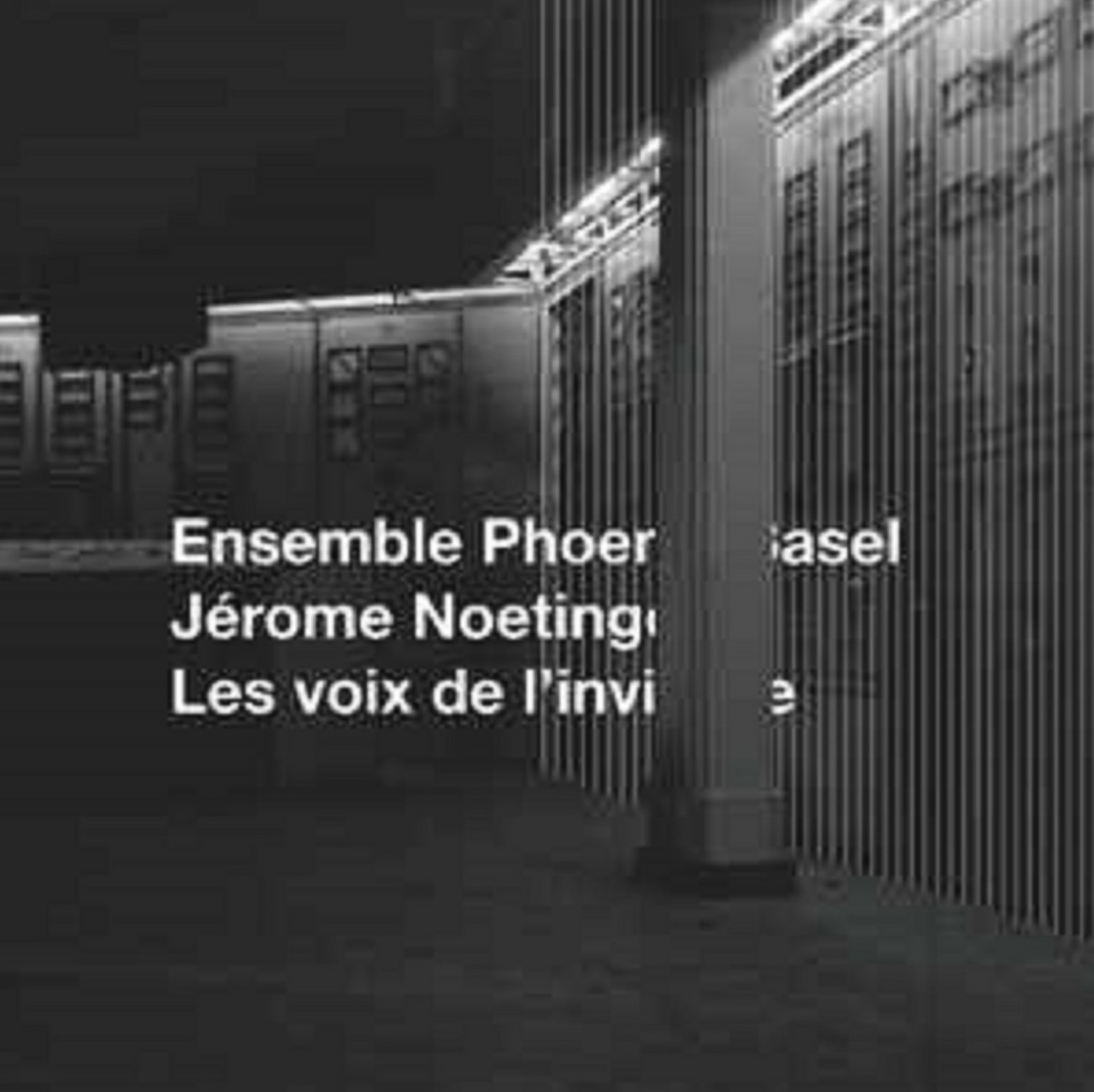 Other featured artists on this compilation include Oren Ambarchi, Stelarc, Ferocious41, Roy & the Devil’s Motorcycle and Papiro. 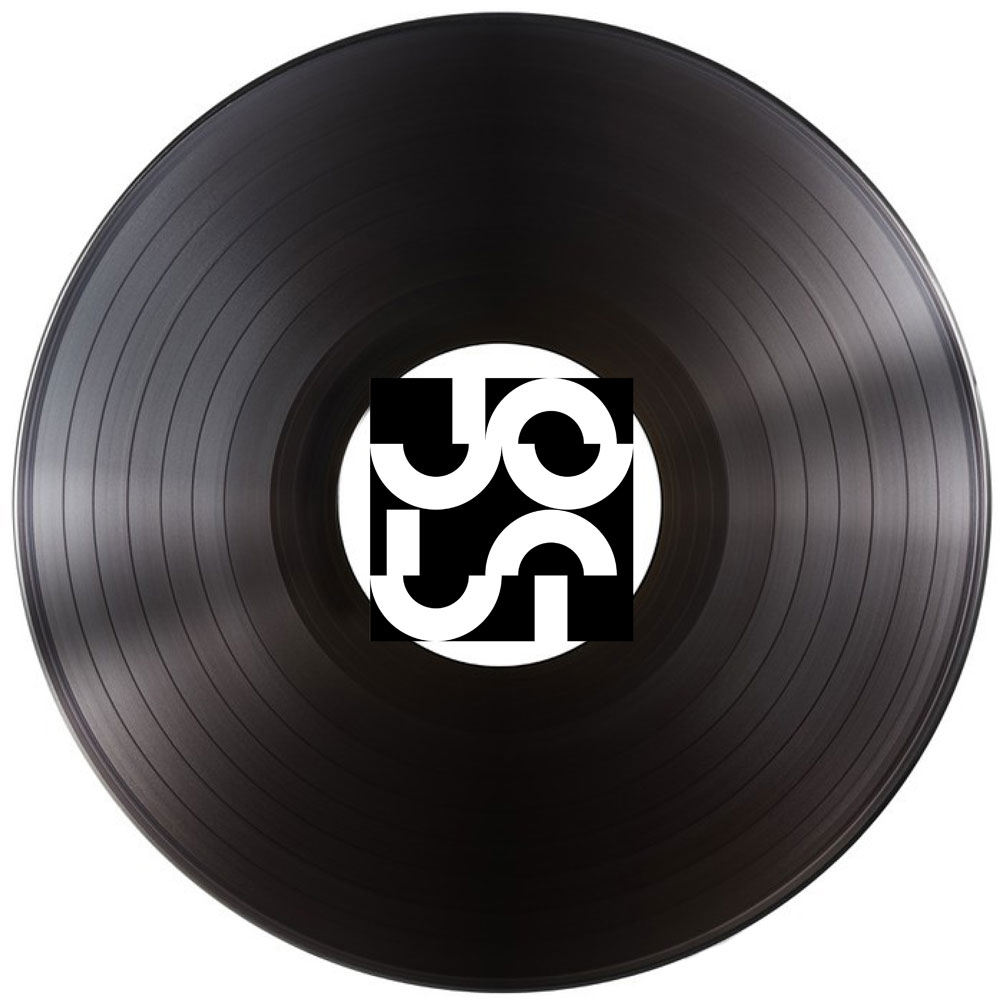 The Ensemble Phoenix Basel is a master of mixtures, an ensemble that would perhaps even play the concert cross-section presented here on CD on a single concert evening: five weighty pieces, each lasting about a quarter of an hour, in variable instrumentation.

What has become characteristic of the Basel ensemble is the idiosyncratic programming with which they know how to combine Swiss and international, young and established works from the field of contemporary music in their concerts. The compilation of this CD also makes this audible: the ensemble has conceived a pure live CD from several concert recordings. 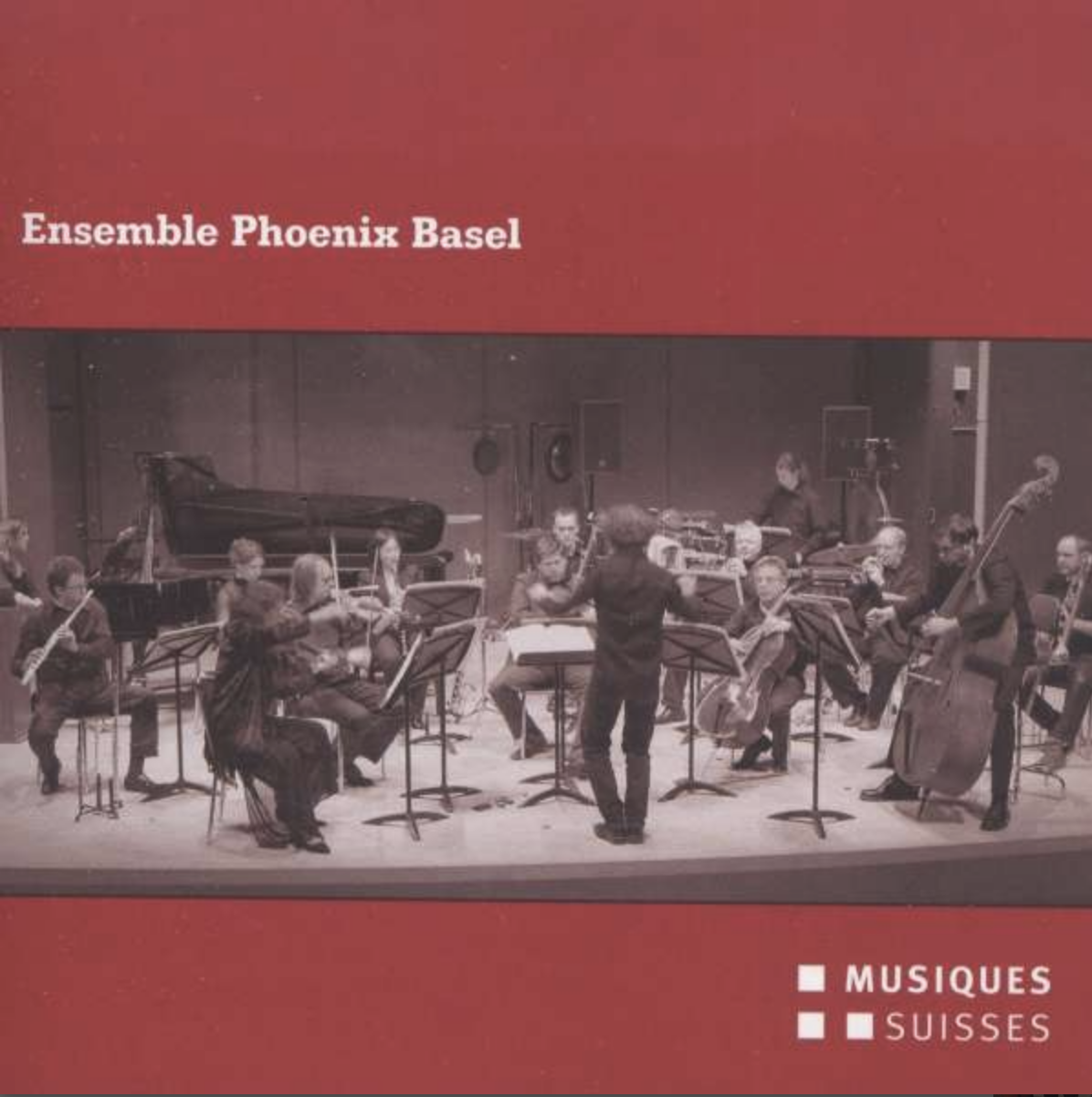 The idea for this CD production arose following the world premiere of Alex Buess’ work “Parallaxe A” in February 2001 as part of the “European Music Month 2001” in Basel. The work proved to be very difficult to record in its original version with 24 musicians, since it involves an enormous mass of played as well as electronically generated sound, the intensity and density of which can only be reproduced unsatisfactorily in stereo. Based on this experience, the idea for the “biomechanical” version of “Parallaxe A” was born, which we subsequently recorded and produced.
Dror Feiler and Tim Hodgkinson are very close to Alex Buess’ music in terms of the physical and psychological energy and intensity of their music. For this reason, we decided to combine two pieces by these two composers, as well as an older composition by Alex Buess, with “Parallaxe A”. All pieces contain electronics and show a certain kinship in sound aesthetics and musical language. Furthermore, another thing these three composers have in common is that they all did not follow the conventional academic path of a composer, but as performers come from idiosyncratic experimentation with instruments and sound material. The three of them play saxophone and other wind instruments, work with electronics and have many years of experience as musicians, instrumentalists and composers. 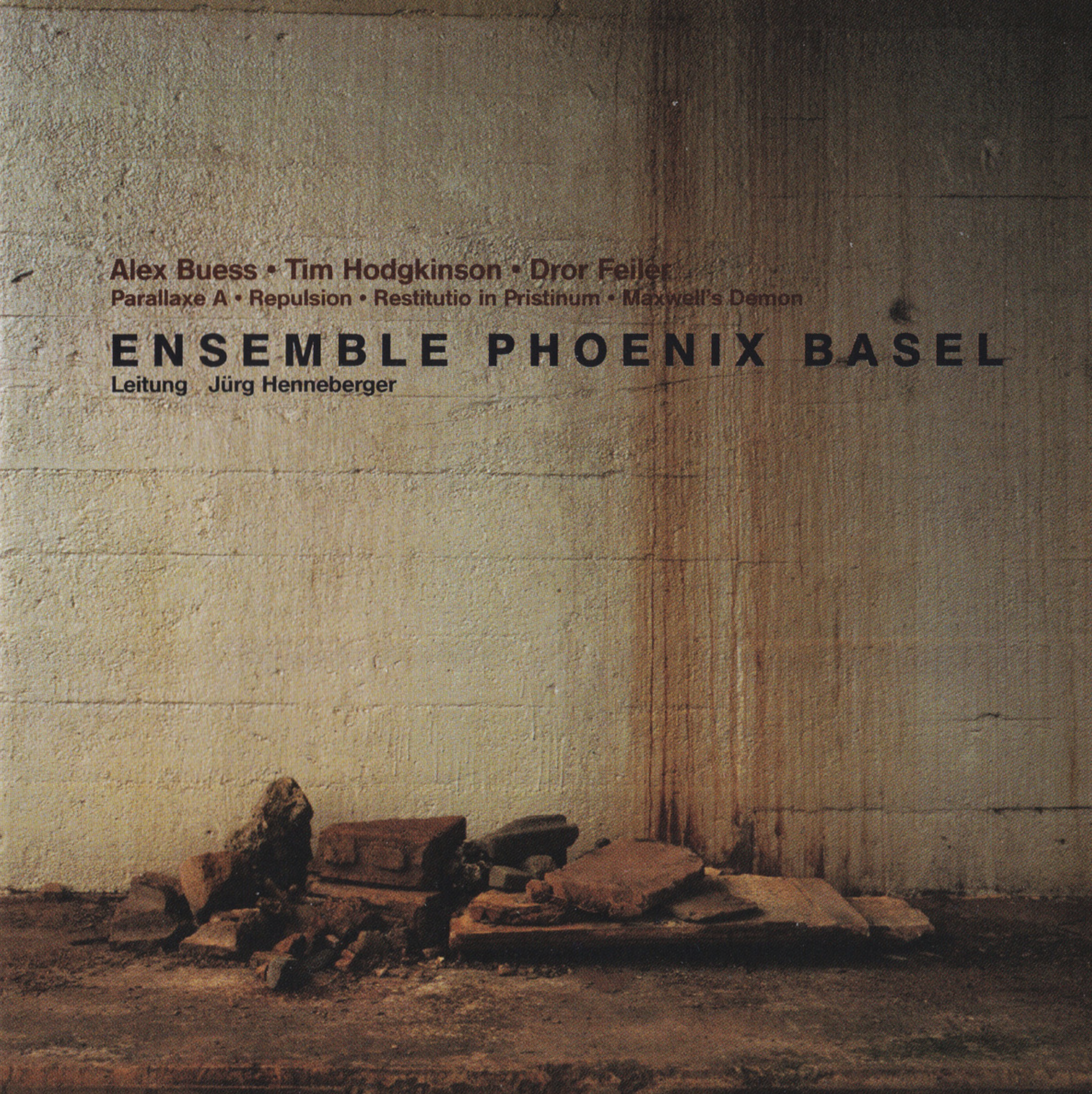 This  CD presents exceptionally diverse works for ensemble by the multi-award-winning composer Detlev Müller-Siemens (*1957).
In the cycle “Phoenix I–III”, a freely chosen source material is “mapped” out of itself according to a certain rule as many times as necessary until the initial state reappears. This results in a limited number of transformations, all within the same framework and sharing a common basic character. Overall, each of the three pieces moves in its own way between the two extremes of a compact sonority on the one hand and a liana-like intertwined melodicism on the other.
“Light blue, almost white” refers to a text by Samuel Beckett. ‘Light blue’ – with it Müller-Siemens associates a melancholic basic attitude, as it can be found in cool jazz, but also in Japanese art. ‘Almost white’ refers to a noisy realm, the breath.
The title ‘Cuts’ stands for incisions in time as well as for longitudinal cuts. A quarter-tone cantilena of the saxophone in the second movement is spun around by weightlessly circling lines, melodic, murmuring voices that do not perceive each other.
Ensemble Phoenix Basel, founded in 1998 by Jürg Henneberger, consists of up to 25 musicians with many years of experience in contemporary music. The ensemble always seeks direct collaboration and confrontation with renowned, but also young, lesser-known composers of our time. 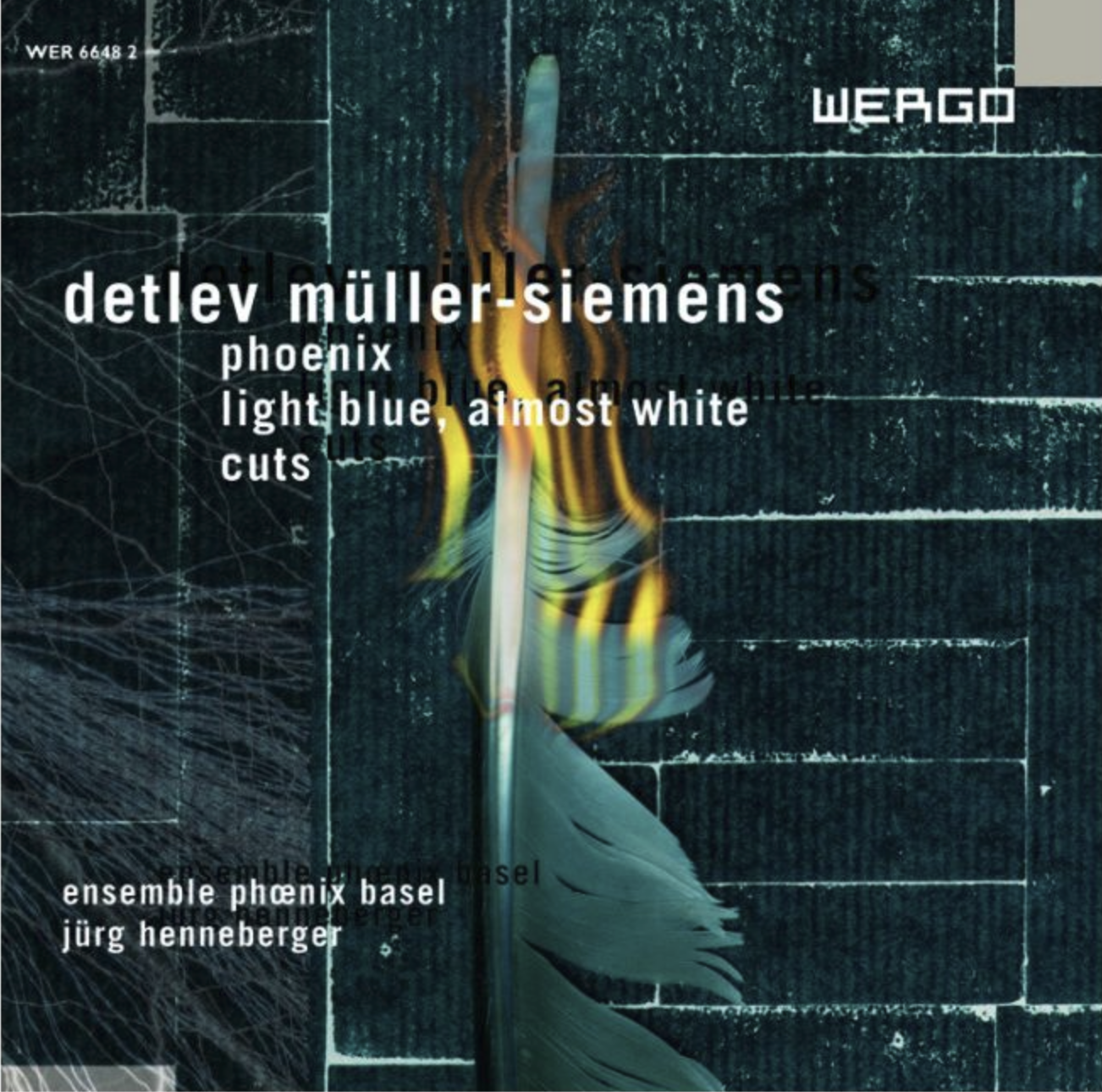 Recordings:
28th of August till 1st of September 1999 at Musikhochschule Basel